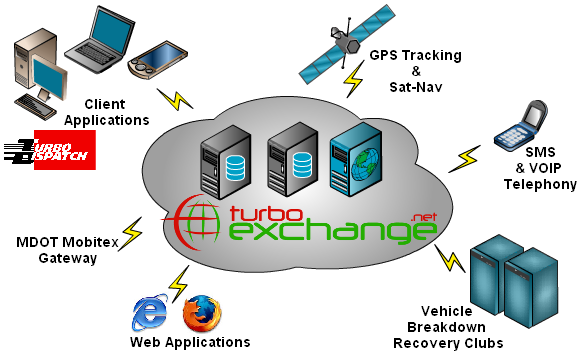 Turbo Exchange is an internet based replacement for the Turbo Dispatch service, and was rolled out in 2008.

Today it's mostly used for passing GPS tracking, and Job dispatch messages from Garages to their vehicles.

Turbo Exchange is operated by: